How bad are Chicago’s debt and financial problems? Are there debt relief programs in Chicago to give consumers a fresh start, or are they all a scam? The following page will explain: A. Chicago’s current financial situation and B. what the best debt relief options are in 2018.

Here’s a glance of what Chicago’s financial situation looks like in 2019:

People can’t afford to have increased expenses, but then property taxes go up, thanks to Mayor Emanuel’s administration. Interest rates go up four times in 2018, setting Chicago back further.

Credit card minimum payments are supposed to continue rising in 2019, not once but three more times.

You’ve probably heard all this already on the news, but the banks fail to talk about debt relief options.

So, if you’re frustrated over debt and your creditors refuse to lower the payments, just know that you have multiple debt relief options that can help you.

You can achieve financial freedom in 2019.

And there’s a free information line open right now that you can call. Talk with an IAPDA certified debt counselor for free.

Why does Chicago have such a big problem with credit card debt?

The Federal Reserve buried the City of Chicago even deeper in debt after raising interest rates four times in 2018. But the city is not the only one who’s drowning in debt. There are millions of consumers who are struggling just to pay credit card minimum payments. After four rate-hikes, some people won’t be able to stay current on payments for much longer. The Fed projects interest rates to rise another three times in 2019, which will result in people sinking even deeper in debt.

The reason that Chicago residents are struggling to pay their credit card debt, is not because they did anything wrong, it’s because of financial hardship and high-interest rates.

Consolidating Debt With a Loan or Balance Transfer Card

A low credit score will lead to creditors issuing loans and credit cards with subprime rates. Subprime is another word for “second chance”. Credit card companies feel that if they issue a loan to someone who has under a 710 credit score, that they’re giving that person a second chance and because of that they can charge outrageous interest rates. Debt consolidation loans are no longer an attractive option because of the high interest rates. And the same goes for balance transfer cards.

What can Chicago debt relief programs do for you?

Paul J Paquin, the CEO at Golden Financial Services said the following; “Chicago debt relief, settlement, and consolidation programs give you control and the power to make a choice based on what suits you best. You can pick from multiple plans and get an affordable payment, and you can even switch to another plan over time if your income changes, depending on what’s feasible for you. You’re not stuck in one plan. Some Chicago residents start out on a three-year program but then end up getting out of debt in 18-months because they decided to speed up their program after their financial situation improved. This type of flexibility is allowed with debt relief programs – you truly take back that lost control and the power is shifted back to you.”

There are different programs – designed to deal with different circumstances. Today we will take a look at a few examples of the various types of programs and actual client results obtained.

Here are 3 examples of how debt relief programs in Chicago can help resolve credit card debt:

Golden Financial Services doesn’t recommend or currently offer debt settlement for consumers in Chicago, there are much more effective options available that even include credit repair. However, in some cases, a debt will need to be settled. For example, this debt was settled for $1,475.65, saving the consumer $2,740.39. 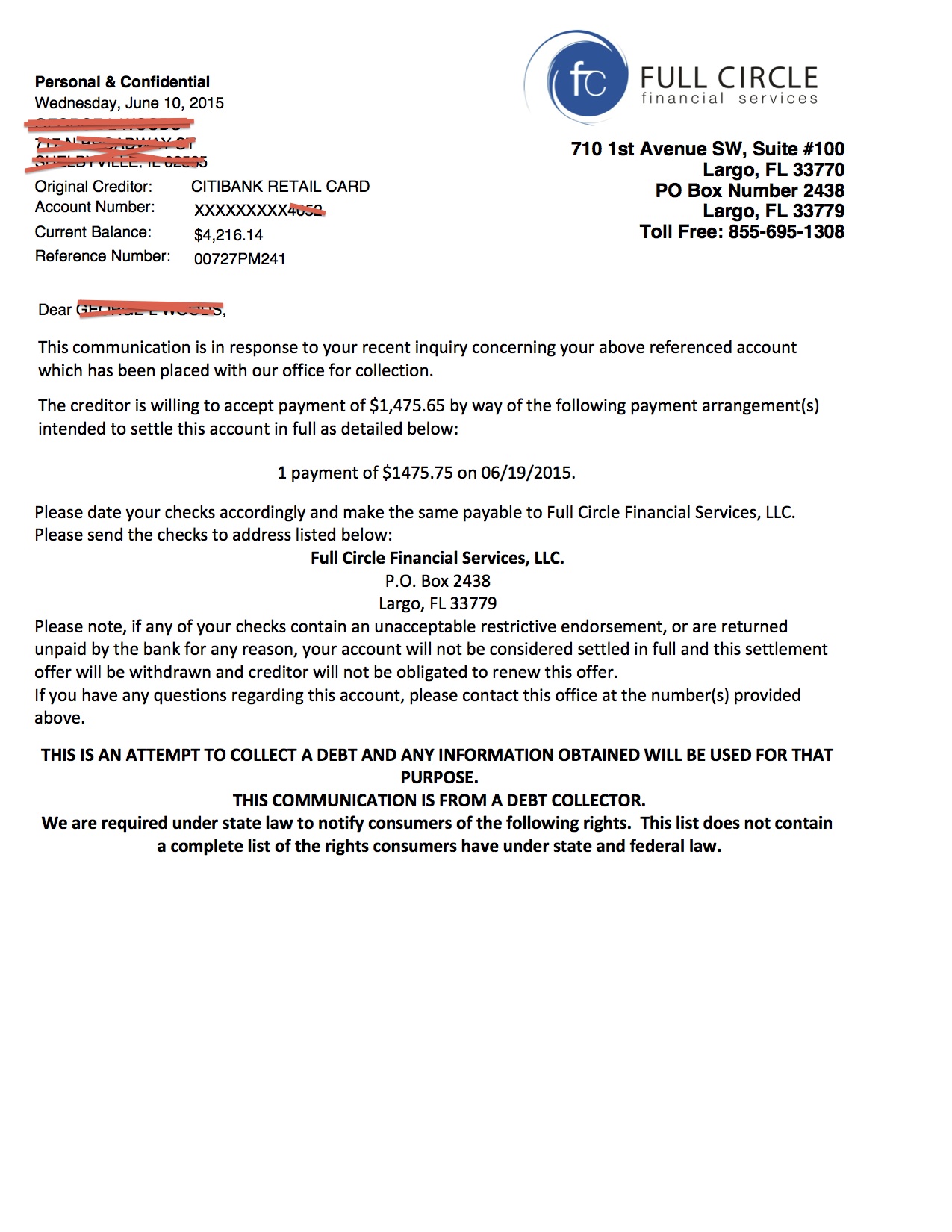 The preferred debt relief programs in Chicago are either debt validation, consumer credit counseling with a licensed company or debt consolidation.

Before you retain a bankruptcy attorney in Chicago, apply for debt relief through Golden Financial Services. We will make sure to do everything in our power to save you from having to file for bankruptcy and going down that dark road.

If there is a chance of providing assistance to a consumer with high unsecured debt issues – Golden Financial Services is the Chicago debt relief company to do so!

See How Much You Can Save With Chicago Debt Relief Assistance

Best Debt Relief Programs in all of Illinois

Personalize Plans to Quickly Get Out Of Debt