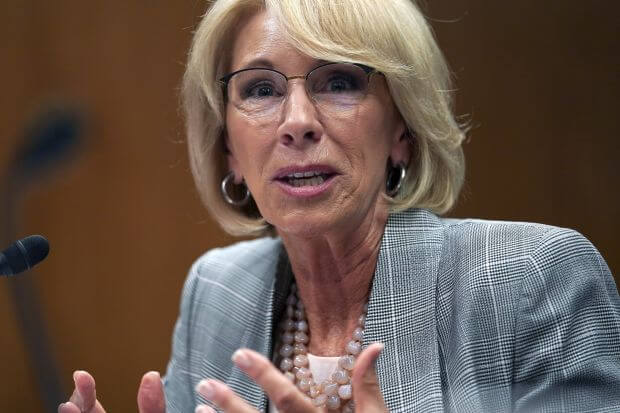 Tens of thousands of students have been victims of fraud, left with worthless degrees and often more than $50,000 of federal student loan debt. “The students attended institutions with pragmatic names like the Minnesota School of Business and others whose branding evoked ivy-draped buildings and leafy quads, like Corinthian Colleges,” stated Stacy Cowley from the New York Times.

Over the years, the government debt forgiveness program has failed to work. Millions of students who were supposed to get their loans forgiven never did. Instead, their loan discharge applications sat in a backlogged system for over two years. To make matters worse, the Department of Education failed to designate employees to investigate borrower complaints, so millions’ of complaints were just ignored by the Department of Education, leaving students with nowhere to turn.

The new student loan forgiveness rule was created in the last few months of President Barack Obama’s administration, but only until recently had this rule been cemented into place. The rule was delayed because Betsy DeVos, President Trump’s education secretary, and the U.S. Department of Education, continued to delay it. Ms. DeVos continued to argue that some of the clauses in this rule needed to be modified, but critics say that she was only trying to delay the law because she had been part of a multimillion-dollar college scheme herself.

According to Ms. DeVos, the debt forgiveness program is merely a “Free Money Giveaway.”

The new student loan relief law was supposed to take effect in July 2017, but Betsy DeVos had then suspended the rule and announced plans to rewrite it. Judge Randolph D. Moss, a federal judge in Washington, rejected Ms. DeVos suspension of this rule, calling her attempt to delay the rule “arbitrary and capricious.”

Finally, a federal judge ordered that the U.S. Department of Education immediately implement the new student loan forgiveness rule. This is great news for students across the United States, who are currently buried in federal student loans. As far as private student loans, relief is already available. Business Insider recently reported, “$5 billion in student loans may be dismissed because the lender lost the paperwork.”

The point of this new rule is to allow borrowers who were defrauded and cheated by schools, to be able to get student loan debt forgiveness, and also deterring harmful practices by colleges, safeguarding taxpayer dollars and holding schools accountable for any fraudulent actions that they commit.

“To protect students from the start, the regulations seek to deter institutions from engaging in predatory behavior or otherwise exposing the government to risk,” said U.S. Under Secretary of Education Ted Mitchell. “And the rule will protect taxpayers by requiring institutions to put up collateral when they’re at risk of closure. For students who are injured by an institution’s conduct, these regulations provide a clear path to relief with all of their rights intact, and restore their right to sue.”

Paul Paquin, Golden Financial’s CEO stated: “This broken system is finally getting fixed. America should see less student loan debt and a healthier financial future. Golden Financial Services has also created a page for students that provides them step by step instructions on how to consolidate and get loan forgiveness – making it easy for students to get the debt relief that they deserve!”