Tracking the Possible Impeachment of President Trump and its Financial Implications 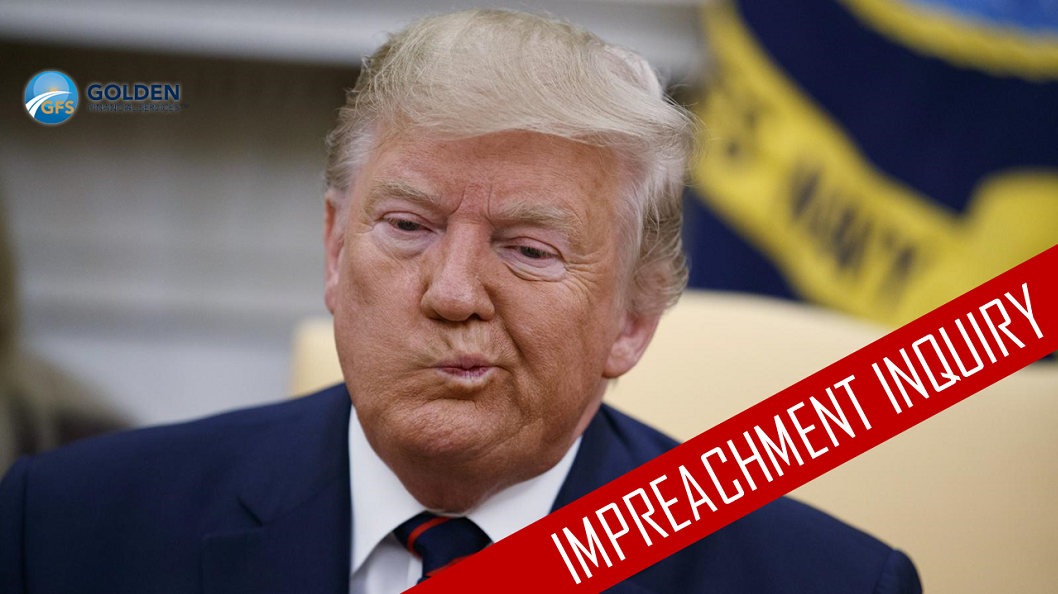 In what is quickly turning into a battle of the ages between two key branches of the United States judicial system, President Donald Trump is challenging the House of Representatives on the validity of a growing impeachment claim. It isn’t going well.  A federal district court in Washington, D.C. made a ruling in favor of Congress and against the president.

In a summary from Bloomberg, “ The district court squarely and convincingly rejected the Department of Justice’s argument. This result strongly indicates that other judges in the D.C. district court would similarly reject that argument if and when Congress asks them to enforce its subpoenas against Trump administration officials.”

Here are more key details about these developments:

Comparisons to Prior Impeachment Cases

The federal court reviewed the assertion of the Department of Justice in their 75-page opinion paper that “impeachments of Presidents [Bill] Clinton and Andrew Johnson were investigated in multiple phases with each phase authorized by the House’s adoption of resolutions.” This is simply not true and was debunked by the court rather quickly.

Additionally, in the impeachment cases of Andrew Johnson, Richard Nixon, and Bill Clinton, all of those begin in the House of Representatives before any decision was made. Trump’s camp has been adamant about ensuring fairness in any impeachment trial, citing all the privileges Clinton received while he was being investigated. Since impeachment is so rare, Trump may actually have a decent chance of making his point. Without strong precedent, loads of groundwork must be done for an accurate trial if it reaches that point. Many historians consider Johnson’s impeachment to be a mess, and Nixon’s might have been swift, albeit more accurate, as well. Trump’s potential missteps might be the most severe in terms of impact on the US economy, so we are in a massive due diligence stage while reviewing previous impeachments.

Charles M. Kupperman (definitely a name to remember in this case) served as Mr. Trump’s deputy national security adviser. His suit was filed just days before he was scheduled to testify. The purpose of the lawsuit was to gain clarity on Kupperman’s responsibilities because the White House reported on Friday that the president had invoked “constitutional immunity,” leaving Mr. Kupperman uncertain about what to do.

The New York Times reported on the story, saying “Democrats believe that Mr. Kupperman and Mr. Bolton could be significant witnesses for their investigation. Unlike several of the administration officials who have already testified, they were both close advisers of Mr. Trump, dealt directly with him on Ukraine policy and could testify about what Mr. Trump said behind closed doors.” Updates on this aspect to follow in later blogs.

Nancy Pelosi at the Center of Public Statements

‘I don’t know anybody, and I know that I can speak for each and every Democrat in this regard, nobody comes to Congress to impeach a president. You come about the future, about our children, about issues you care, well there’s education, climate you know it, gun safety. So nobody comes for that. But we do take an oath to protect and defend the Constitution. And when that is under threat, we cannot ignore it,’ Pelosi said.”

Pelosi made this statement in defense of her decision to hold off on voting for impeachment, which upset her Democratic constituents. In more from CNN: “Multiple sources told CNN that there were disagreements among Pelosi’s team during the closed door meeting and among key committee chairs about whether to hold an impeachment inquiry vote — one reason why there will not be a vote as of now, multiple sources told CNN.”

From Vox: “The White House has said it will not cooperate with the impeachment inquiry. Kupperman has said White House lawyers told him not to comply with the subpoena. Thus far, these executive branch efforts to slow the pace of investigation have been unsuccessful; one session was postponed after the US ambassador to the EU hesitated to come before Congress under pressure from the president. That ambassador eventually testified; other officials have ignored the White House’s wishes.”

We could be in for unprecedented discord between the US branches of government on a scale never before seen. Going down this path might be playing into exactly what Russia and China would want in an effort to take a world superpower down a notch. Attempting to not mince words: This is what World Wars are made of.

A White House lawyer defied a House of Representatives subpoena. Here is the rundown from the Washington Post:

“House investigators on Monday released the first transcripts from closed-door depositions taken as part of the impeachment inquiry as four White House officials, including John Eisenberg, a lawyer central to the Ukraine controversy, defied subpoenas to testify. The refusals to cooperate are coming on a day in which Trump tweeted that he sees “no reason” for lawmakers to summon witnesses regarding his July call with Ukrainian President Volodymyr Zelensky.”

The House released the transcripts of the first deposition regarding the Ukraine ties of the President. The transcripts reveal staunch opposition by the White House in an effort to stonewall the investigation.