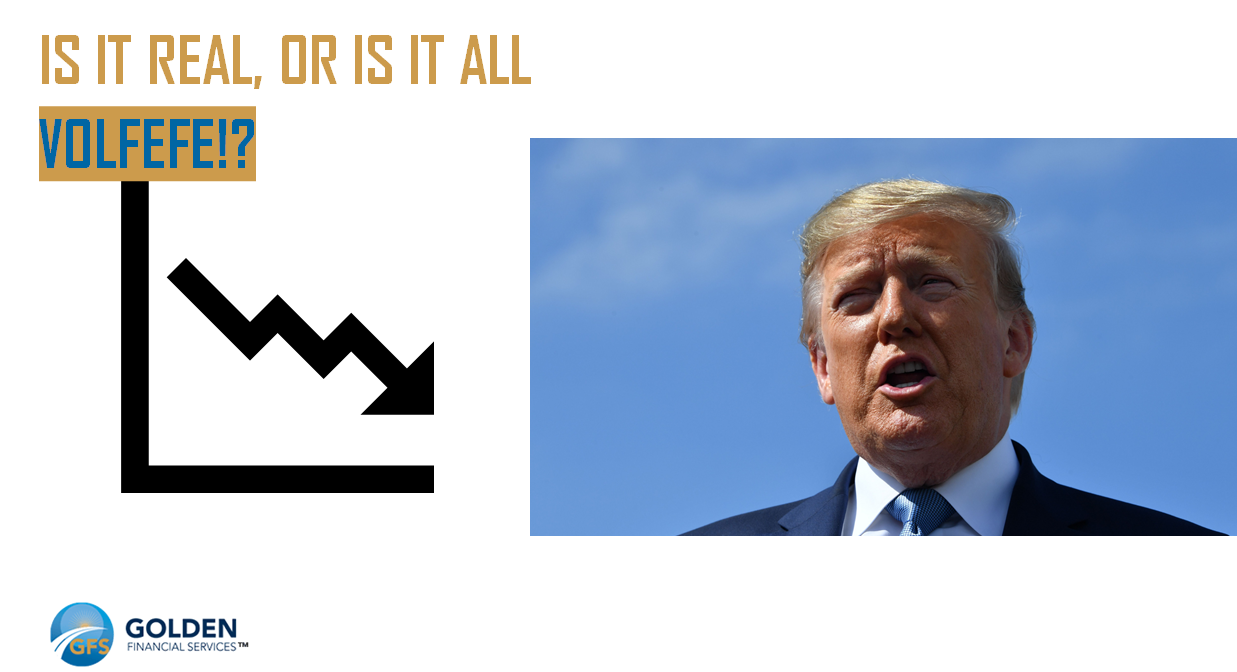 Despite almost global reticule over seemingly baseless, often rambling tweets, President Donald Trump has actually increased his Twitter activity in recent months. The impact of these knee-jerk, fire-from-the-hip responses has always been pondered, but now we finally may have definitive proof of the tweets’ effects on the bond market.

Most recently, Trump has pounded his followers and the Twitterverse with aggressive ramblings on the nature of the United States’ trade relationship with China. Additionally, the Federal Reserve has been lined up in the scope sights. An analysis of these tweets was recently released, here is the 4-1-1 on the report:

The Algorithm, the Volatility, and the Federal Reserve

JP Morgan, in an attempt to quantify President Trump’s tweet impact, analyzed over 14,000 tweets in what they are calling the “Volfefe Index” (a combination of the word “volatility” and Trump’s infamous “covfefe” tweet) – analyzing how the President’s tweets are influencing volatility in U.S. interest rates. Here is a deeper summary from CNBC:

J.P. Morgan found that the index, named after Trump’s infamous and still mysterious “covfefe” tweet, explains a measurable fraction of the moves in implied rate volatility for 2-year and 5-year Treasurys.

“This makes rough sense as much of the president’s tweets have been focused on the Federal Reserve, and as trade tensions are broadly seen as, first and foremost, impactful on near-term economic performance and, likewise, the Fed’s reaction to such developments,” wrote the authors of the J.P. Morgan report.

And here is an excellent summary from Business Insider, including some quotes from the piece::

A Visual Representation, and More Details

Visual learner? No problem! Shortly after the news broke in September, Bloomberg released an excellent review video covering the results. In the write-up, Bloomberg explains CitiGroup Inc has joined the efforts of JP Morgan by clarifying a few points. Most specifically, the impact of Trump’s tweets can squarely be set on Treasury yields. Yikes. If you don’t understand the importance of Treasury yields for America’s economy, here is a basic summary from Investopedia:

Back to Bloomberg, here is a snippet from the piece that also provides additional clarity:

They found that the Volfefe Index can account for a “measurable fraction” of moves in implied volatility, seen in interest rate derivatives known as swaptions. That’s particularly apparent at the shorter end of the curve, with two- and five-year rates more impacted than 10-year securities.

Highly recommend viewing the charts they’ve put together for a better visual on this impact, it is real!

Other Info and Key Data Relevant to Volfefe

Brace yourselves – this isn’t exactly shocking in terms of the impact of Trump’s tweets on the economy. Vox reports that Bank of America recently told clients in a note that the stock market tends to fall slightly on the days Trump tweets a lot more.

Some key info from that report:

Will this news slow down Trump’s proclivity to tweet? “Signs point to no.”