A Strategy to Pay off Credit Card Debt, by Alisis Garcia 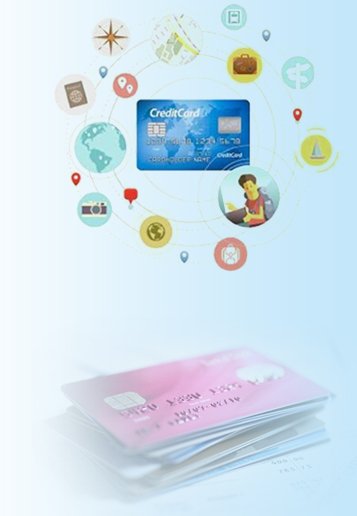 Here is how American’s could get credit card relief

The amount of credit card debt that has piled up has in the United States is alarming. The $15 billion worth of debt is not going to be resolved overnight, but that’s not to say that with time and productive strategies this issue can’t be resolved. The flow of credit usage can be continued whilst reducing mistakes made when taking up credit, this way debt is simultaneously cut down.

To start off, informed borrowers are more efficient borrowers. People often flaw by accepting credit than they can’t repay over time; the chance of this flaw increases as young participants age and desire larger expenses that add on to their regular costs. Owning personal property like a house becomes the ideal investment when people become independent, and in most cases when they start their family, a larger house for children is wanted. The wealthy people of the United States are likely to be able to afford housing that fits their needs, as well as other costs of living -like vehicles, groceries, shopping, traveling- with no problem. However, the rest of the nation’s majority, the working class, often find themselves short of being able to afford the complete cost of these living expenses; the government assist its people in need to a certain extent with financial aid, and whatever expense isn’t covered by government and personal income is supported with credit that must be paid back with interest. These borrowers must consider the effect of the interest rate cost added to the indebted amount, before signing acceptance of this rate people should seek financial counseling to check if they could afford this new payment on top of their existing payments. If not, people can negotiate to reduce their interest rates then their total bill could amount to hundreds less than they initially had to pay. Credit isn’t an enemy until the amount owed increases over time due to the effect of interest rates and becomes a monstrous amount; therefore, people actually pay more the longer that credit remains a loan being paid back.

Without a doubt, seeking financial counseling prevents accepting higher interest rates, but the manner of how people pay back their debt is even more important.  This begins by setting up a budget to track and keep a record of your spending, not just regarding credit card expenses. This way you can better understand where your money is going, and then you could adjust your budget to accommodate a lifestyle that doesn’t conclude in being in debt. If you don’t have a budget make one! Most people fail to pay on time because they don’t have a method to see where their money is going, they spend endlessly and catch themselves waiting for the next paycheck to be able to afford anything.  The simple method of minimalist budgeting -dividing your income into increments of 50% for your bills, 30% for personal expenses, and 20% for savings- allows individuals to efficiently pay their bills with no setbacks since you’re now saving for unforeseen expenses and future investments that’ll benefit in being paid in bulk amounts so that interest rate cost don’t accumulate. In addition, psychologically setting yourself up to spend less maintains the 30% increment. For example, limiting the time you’re in a store can prevent unplanned transactions from occurring; limiting how much you can spend when shopping also helps.

Most borrowers don’t even have an effective strategy to pay off credit card debt since they just focus on paying off bills in chronological order. Money is given out as loans actually have a shortcut to be paid faster since this issue is not a concern of how much was credited, but a mix of both how much is given and how high the interest rate attached to that amount is. It is much more beneficial to eliminate the larger bills with larger interest rates first because they accumulate more debt over time. Unlike smaller bills with smaller interest rates that may be paid back easier since it’s a much smaller debt, however, can be advantageous if left to be paid completely after eliminating larger bills because they don’t grow as much as the initially larger bills.

To recap, all credits paid on a timely matter and based on the effect of interest are bound to be taken care of more efficiently than paying in just chronological order. Not to mention, keeping track of where your money goes is the trick to setting aside the amount needed for credit payment each month while still being able to save and continue transactions, without having your bank account become negative. Simple yet effective differences that everyone can do are the solution to the United States’ debt crisis.