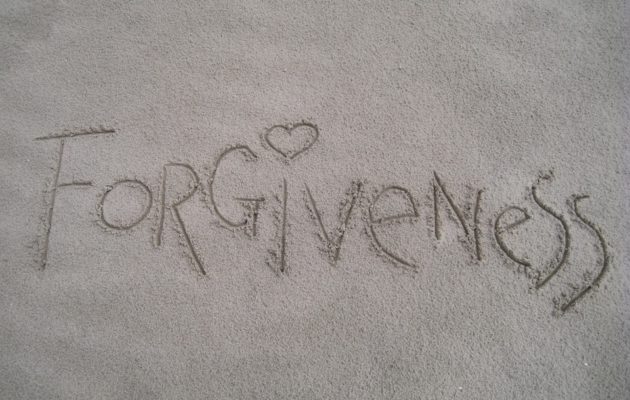 What is International Forgiveness Day?

International Forgiveness Day is about settling differences. Those differences can be quarrels about family members or friends, slights against humanity, or even political feuds coming to an end. Forgiveness can heal the heart and soul and literally save a life.

These days of forgiveness come at a time when Philadelphia Eagles wide receiver DeSean Jackson said he has no hatred toward the Jewish community and issued two separate statements of apology with “a promise to do better” after he posted on social media Monday an anti-Semitic message that he attributed to Adolf Hitler and admiration for Nation of Islam leader Louis Farrakhan.

What is the value of life? Is it a student loan for the sake of furthering education and setting up a career trajectory? In that same vein of thinking, we break down the recent news about a plan to forgive all student loan debts, and what it means for not just the economy, but for each generation it would affect.

We’ve covered the $1.5 trillion in total debt owed by student loan borrowers in the past, a number that is seemingly rising by the day. Many graduates in 2019 will carry over $50,000 in student loan debt with them to their first career job. According to CBS News: “Currently, 43 million Americans have student debt. The average household with student debt owes almost $48,000 and 5.2 million borrowers are in default.”

Obviously in a capitalist economy, wiping out mass debt would mean a free-for-all as an influx of spending would inject fluidity into the market, right? The plan put forward by 2020 president-elect hopeful Bernie Sanders is squarely aimed at the housing industry. The trend is the United States is one that is moving away from home-buying, and into renting. Additionally, millennials are staying home with their parents longer, saving up additional cash for a rainy day, and owning that first home isn’t as important to this generation as it used to be.

The Daily Beast describes the situation like this: “Substantial student loan debt has forced many American millennials — those born between the years 1981 to 1996 — to shift their financial priorities. This shift often includes delaying homeownership or eliminating it as an option altogether. In a study released in January 2019, the Federal Reserve Bank of New York found that homeownership rates for people ages 24 to 32 decreased by almost 9 percentage points.”

Getting down to brass tax: For millennials, the expectation of buying a home doesn’t simply change overnight because student loan debts are wiped out. The primary reason for student loans is actually the high cost of tuition, books, and housing during school. Wipe out student loan debt, and students will still have to find ways to pay for these amenities while in college. With tuition covered, rent will still need to be paid, and books will still be needed. What happens with admission for new students when tuition is still required? There are several loose ends that still need to be worked out.

Detractors of the student loan forgiveness plan expect Generation X, which are those born between the early-to-mid 1960s to the early 1980s, to be heavily offended by the plan. Imagine just paying off student loans you have had for upwards of 15-20 years, only for your government to turn around and forgive the debts of the generation below yours – a generation that didn’t have to scratch and claw to build a living.

This generation is just now reaching the cusp of home-ownership on average. Most have a small family started, and are in the process of moving from sedans to mini-vans, and rented condos to first homes in the suburbs. This generation of young adults was hit the hardest by the housing crash of 2008, with fledgling savings accounts evaporating with the now-infamous “subprime mortgage” scheme destroying anything they had built.

Generation X knows all too well how drastic schemes in the economy can fail. Many in this generation are still unable to buy homes, buy new cars, or improve credit scores due to a lack of savings. The hope in the student loan debt forgiveness plan is a trickle-up effect: If millennials have more cash, they’ll buy homes. In turn, the cost of a new house for Gen-X will go down, and the remainder of the smaller balances for Gen-X’ers will be enough for a down payment on a home (indirectly through loans and a future build-up of savings). However, this plan’s full effect will take time, It could be years for a noticeable change to take place, so Gen X shouldn’t begin house shopping just yet.

In addition to the time it will take to see a noticeable change with this plan, there is already confusion about the type of loan needed to make payments on student loans. The Department of Education program forgives the student loans of teachers if they make their payments for 10 years and work in public service. But a group of teachers recently sued the Federal Government after it was revealed the process of acquiring a loan that qualifies was not clear. The difference between loan programs and what qualifies for forgiveness has cost some teachers up to $75,000, according to NPR. With this kind of murkiness, the details for Gen-X and student loan debt will need clarity in the coming months. VICE provides some insight on this topic, and also a link to where you can get the right info about applying.

While on the surface it wouldn’t seem like student loan debt would be a problem for boomers, peel back the layers of this saga and you’ll discover a disproportion of sorts – many boomers are paying for their children to go to college, and doing so by paying their student loans. The biggest issues for boomers? 1) What happens when my kid reaches college and has to pay tuition? Is this a rolling program where student loans are now just free? Does that essentially make college free for my graduating child?

In addition, if boomers have their mortgage completely paid off, should they receive some form of reparation that balances the housing market as a potential influx of younger home-owners enters their neighborhood? Who foots the bill for education if the newest generation isn’t paying student loans?

An increase in tax payments is likely for boomers to pay for the education of the youngest generation. While this ideal of humanity helping each other is the stuff of a feel-good Hollywood classic, history has shown that a raise of taxes is fiercely opposed by the older generation. Good luck with that!

For additional support, call Golden Financial Services today at (866)-376-9846 or info@goldenfs.org. You can check out our blog here, and do your research on our services here. Let’s talk soon!