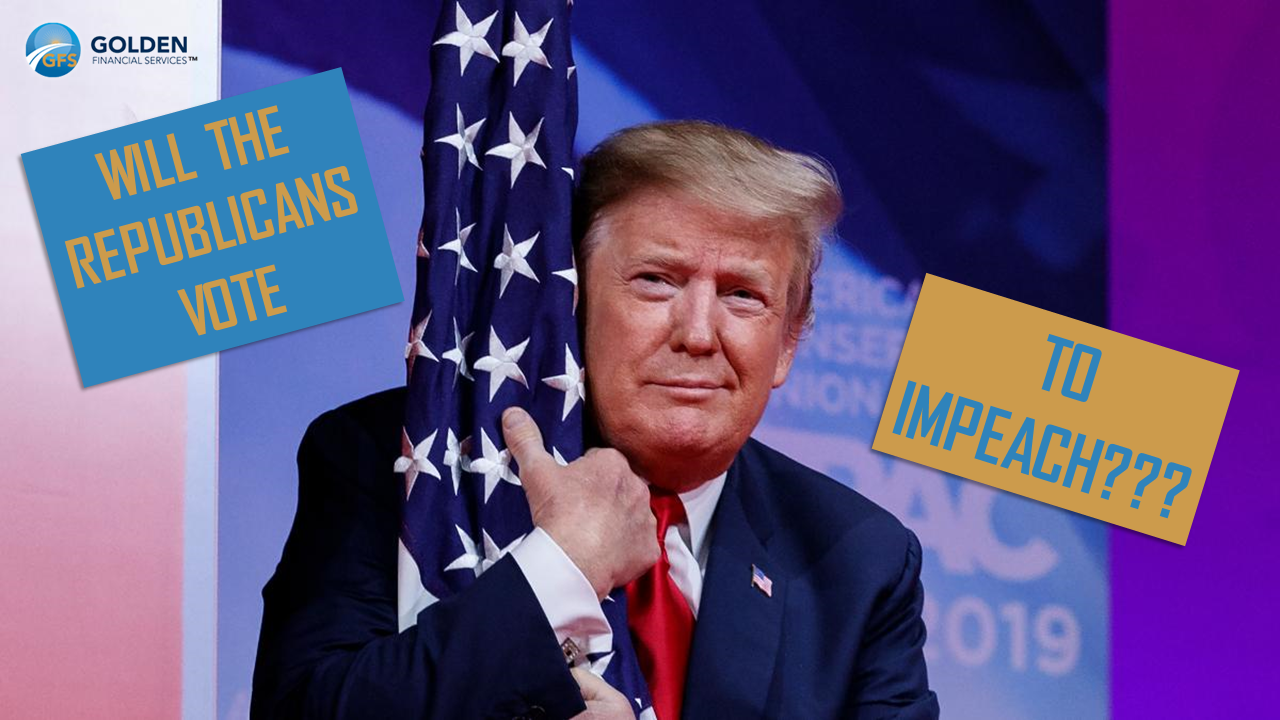 CNN has a running thread of the proceedings and other news regarding the presidential impeachment. They are reporting that protesters have reached the streets in the United States’ largest city: “Protesters took to the streets in several US cities tonight calling for President Trump’s impeachment. In New York City, protesters gathered in Times Square and chanted “This is what democracy looks like” and “No one is above the law.” Protesters in Atlanta gathered to chant “Remove who? Remove Trump! Remove who? Remove Trump?”

The Republican approach to President Donald Trump’s impeachment thus far has been surprisingly defensive compared to the usual offensive onslaught of questions regarding Democratic motives. It seems the power-play for the GOP seems to instead be rallying behind their president in an all-out love-fest, like a well-oiled hype-man machine.

Conspiracy theories and alternate narratives are ruling the Republican-backed news agencies in an apparent attempt to distract from the heart of the matter in this impeachment. Here are more updates from the impeachment case against Trump as it moves to the Republican-controlled Senate.

According to NPR, “There are 55 lawmakers in the House now who voted on the Clinton impeachment in 1998.” NPR continues, “Republican Lindsey Graham of South Carolina, who has since moved on to the Senate, is one of President Trump’s most vocal defenders. He was one of the House managers who argued for convicting Clinton in his Senate trial, saying that ‘high crimes doesn’t even have to be a crime. It’s just when you start using your office and you’re acting in a way that hurts people.’”

Clinton’s impeachment was marred in controversy away from the President’s affairs as well, as multiple staff and party members stepped down from their positions in a similar fashion to the complication that has plagued Trump’s presidency. The Republican who was next in line to usurp the House speaker throne, Rep. Bob Livingston of Louisiana, stepped down after announcing his own extramarital affairs.

Can mere *actual* facts remove Trump from the Presidency?

USA Today seems to think so. In a recent piece on the impeachment, USA Today writer Julian Epstein noted, “What is so extraordinary about the admittedly abbreviated impeachment inquiry is the strength of the evidence. A dozen witnesses from inside the administration — ambassadors, career foreign service officers, national security advisers inside the White House — all validate critical parts of the storyline that the president withheld vital military aid to a critical ally in order to muscle it into interfering in our 2020 elections.”

The driving force fact, in this case, remains the same — withholding military aid to Ukraine in exchange for its election interference — does meet today’s bribery standard. Unlike Richard Nixon and Clinton’s impeachment, this is the clearest case of a “politician” using their power in office to run the United States more like a crooked business than a republic.

Trump was elected as one of the most prominent (but not personally successful) businessmen to ever take the position. At the time, his ascendance to the presidency was more about a figurehead the Republicans could use to talk business but has since turned sour as it was far too easy to uncover his misdeeds. Russian collusion in the election aside, there is likely sufficient evidence to try again with an election, prior to Trump completing his term.